It’s no longer news that the world is fast moving to an all-IPv6 network known as the internet 2. What is news, however, is that while most of us are reluctant to learn the skills needed to succeed on IPv6 powered internet, obviously because of the lifeline that NAT has offered, the reality is that IPv4 has no place in the internet of things (IoT).

With the world population approaching 8 billion and the need to connect everything on the surface of the earth to the internet at an all-time high, relying on the 4.2 billion addresses available in IPv4 is like taking a knife to a gun fight. In this first post in the IPv6 routing series, I will share with us on how to implement RIP next generation (RIPng). While a lot of people would have preferred a name like RIP6, the network gods, after due consultation with the oracles, settled for RIP next generation. I kind of like how it sounds; next generation! Lol.

Okay, enough of this. Let’s design an IPv6 solution consisting of three networks powered by two Cisco 2811 routers, and demonstrate the implementation of RIPng. This exercise will, of course, be done using the Cisco Packet Tracer. So everyone is invited to participate.

Read:  How to configure redistribution between eigrp and RIP using Cisco Packet TracerAn important thing to note is that with RIPng, dynamic routing is enabled on participating interfaces as against the conventional way of doing it in IPv4 where the global routing command is used to initiate the routing process and the various networks to be advertised are entered. All I did to configure RIPng on the routers was enable RIPng on the interfaces whose networks I want advertised to the neighbor router. The word timigate was used to identify this particular instance of RIP.

Verification:
Below, is the accompanying output from the execution of the sh ipv6 route commands. 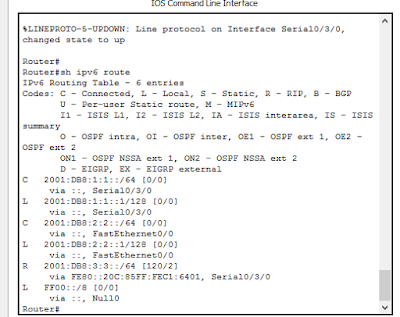 The image above shows the output of sh ipv6 route command on Router0. The route marked R is the network (LAN) attached to Router1 and as can be seen in the image, it has the default RIP administrative distance of 120. Find below, ping result from PC0 on the LAN attached to Router0 to PC3, attached to the LAN on Router1. 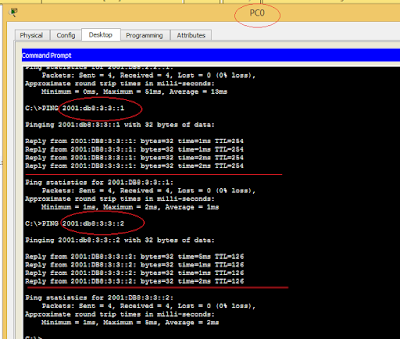 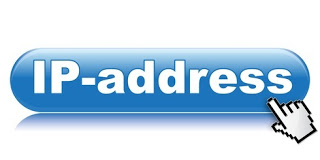 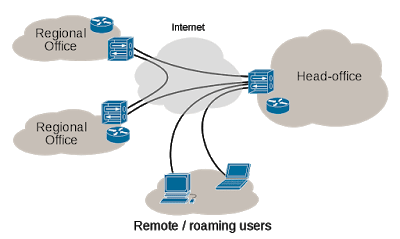