Skip to content
MikroTik
January 23, 2018August 13, 2018 Timigate 2 Comments Firewall, Mikrotik
If you live in a first-world country where internet bandwidth is not a problem, then this post is obviously not for you. But if you manage a network where over 20 users are serviced by a 4Mbps internet connection, then you do have to come up with measures to stop the clever ones among the users from using Torrent to take the entire bandwidth to themselves. In this post, I will share how to stop the use of Torrent on your network.While it is easy for a lot of people to come up with different posts on how to block the use of Torrent on a network managed with a Mikrotik router, many of such posts have been found to slow down browsing speed and in most cases, do not even block the use of Torrent. With my years of experience deploying Mikrotik for enterprise networks, I have discovered that with the right code and implementation method, a Mikrotik router can effectively filter out and deny Torrent packets.

First, I will create a layer7 rule to identify Torrent packets. This rule will be named Torrent-wwws. It is always a good practice to give rules names that easily identify them.  Click on IP>>Firewall>>Layer7 Protocols and paste codes as shown below.
Next, we create a firewall filter rule to deny access for Torrent-bound traffics. See commands below.
Ip firewall
filter add chain=forward out-interface=ether1 action=drop layer7-protocol=Torrent-wwws
That is all you need to do. See the layer7 code below:
^.*(get|GET).+(torrent|thepiratebay|isohunt|entertane|demonoid|btjunkie|mininova|flixflux|vertor|h33t|zoozle|bitnova|bitsoup|meganova|fulldls|btbot|fenopy|gpirate|commonbits).*$
Spread the love 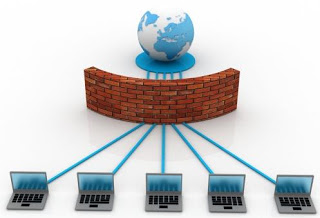 Mikrotik security: How to block icmp requests to the WAN IP on your Mikrotik router

How to remove Mikrotik router ports from slave mode.